EMRE:
I’m signing as: Someone else
Great news — your state already supports this cause! Please consider sending this campaign to friends in other states.
Your local Federal MP isn’t from the ALP. Instead of using this form, please write a polite email in your own words to the ALP Shadow Minister for Agriculture, Julie Collins. Let her know, why you think Labor should reaffirm their commitment to end live sheep export. [email protected]
This MP already supports the cause! We'll automatically exclude them from your message.
Great news — your MP, , already supports an end to live export! Please send a thank-you e-mail at .
Sorry, this form is for Australian residents only.
Please consider contacting the Australian embassy in your country about this issue.

Have you seen the latest evidence of cruelty to animals in the live export trade?

The abuse meted out to Australian sheep is deeply disturbing. And sadly, these are scenes that are all too familiar. Live export cruelty never ends.

That the appalling treatment of these animals occurred inside a slaughterhouse approved under Australian live export regulations only makes matters worse.

As does the fact that the exporter involved is a repeat offender for breaking the rules.

As does the sad reality that even if all rules were followed — these sheep would still have suffered the pain and terror of fully conscious slaughter.

Most Australians consider such treatment of animals — and the live export trade as a whole — unacceptably cruel.

In 2018 the ALP took the responsible and compassionate policy position to pursue an end to live sheep export, and were applauded for it.

Labor's position on live export is the best hope animals have of being spared the relentless and unavoidable cruelty endemic to this industry. Your strong position against animal cruelty is the best hope we all have of preventing scenes of suffering like we are once again witnessing.

Please tell me you are still committed to this policy and to the compassionate leadership exemplified by it.

Thank you in advance.

Throats cut and thrown like rubbish: Disturbing new footage from a slaughterhouse approved by the Australian Government’s live export scheme...

A lone sheep is shoved up a ramp, into a slaughterhouse. He stops, eyes frozen on the scene in front of him. Another sheep — one of his pen mates — is struggling against a blade as his throat is cut. Still fully aware, he's thrown headfirst onto the blood-soaked floor, where other sheep lay, slowly losing consciousness.

Witnessing this, the frightened sheep turns to leave. He doesn't want to be here. And in this most vulnerable moment of his grueling live export journey, he is failed one final time by the industry — he's dragged back inside to meet the same fate as those who went before him.

This frightening, painful and slow way to die is the fate of most animals exported from Australia.

These gut-wrenching scenes were captured by Animals Australia investigators during the recent Festival of Sacrifice — a lucrative time for Australia's live export industry. It's also a peak time of animal suffering, with exporters supplying hundreds of thousands of animals for sale and slaughter across the Middle East and North Africa.

But what's most disturbing about the treatment of animals inside this facility is that it's largely 'business as usual'.

While a few breaches of Australian regulations are clear, the fully conscious slaughter that causes the most suffering to the animals, is allowed under Australia's live export rules.

The distressing footage from inside this Australian government approved slaughterhouse wasn't the only evidence of animal cruelty documented by our investigators. In 40+ degree heat, frightened Australian sheep were being manhandled and shoved into car boots and being sold for private slaughter — in blatant breach of Australia's live export regulations. 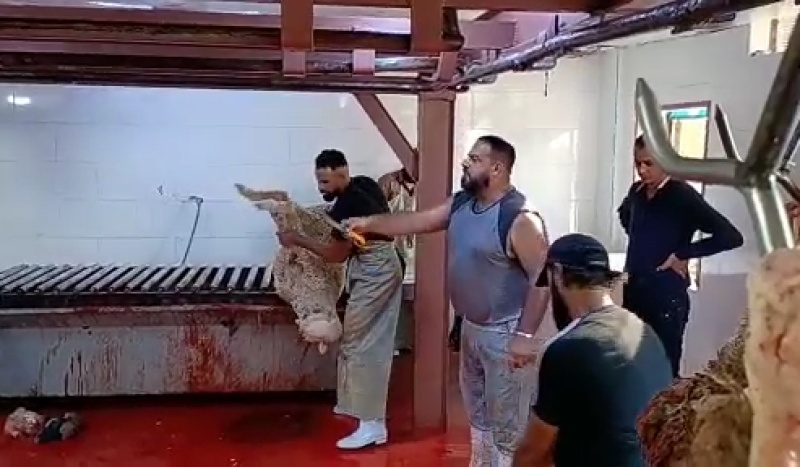 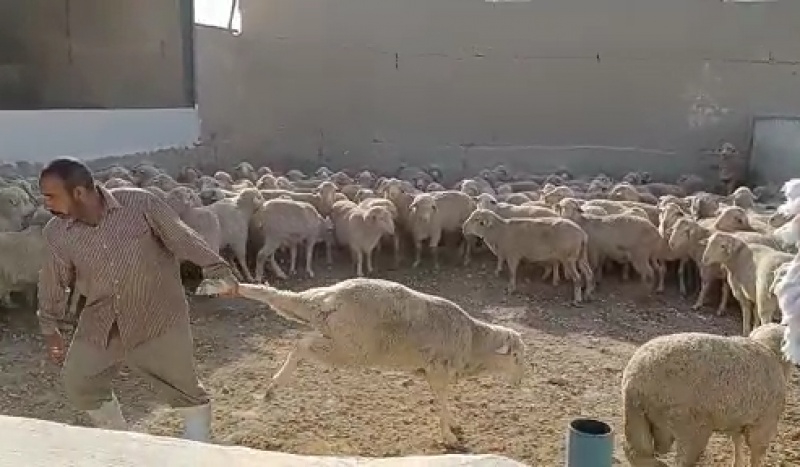 It's been ten years since regulations were introduced to ban some of the worst cruelty of live export. Every year since, Animals Australia has documented exporters breaking these rules.

Despite thousands of animals suffering as a result, not one live export company has had their license suspended. In fact, the exporter at the center of these latest allegations — Livestock Shipping Services — is a repeat offender.

While live export continues, animals will continue to suffer.

The Morrison Government's unconditional support for the live export industry makes a future Labor government the best chance we currently have of ending this trade.

When we exposed shocking footage of the routine conditions on board live export ships in 2018, Federal Labor committed to at least end the live export of sheep from Australia. With a Federal election to happen in 2022, it's time to remind them of — and hold them to — that commitment.