He survived the fires, but he's still at risk

EMRE:
I’m signing as: Someone else

Thank you for wanting to speak up for wildlife! Because this legislation for threatened animals is specific to Australia, the most powerful action you can take today is to send a message directly to the Premier of South Australia, Mr Steven Marshall [email protected].

Thank you for wanting to speak up for wildlife! Because this legislation for threatened animals is specific to Australia, the most powerful action you can take today is to send a message directly to the Premier of South Australia, Mr Steven Marshall [email protected].

Our state has been devastated by the recent bushfires. Our wildlife needs time and space to recuperate. Please stop the killing of our animals so that they can recover.

Wombats, kangaroos and even kookaburras can still be legally shot under permit schemes in Australia, despite fires decimating wildlife populations.

It's estimated that over 1 billion native animals perished in the bushfires that raged across Australia in 2019-2020, with actual numbers likely to be much higher. Survival for many of Australia's most loved species is not guaranteed.

But it's not only fire and starvation facing Australian wildlife. 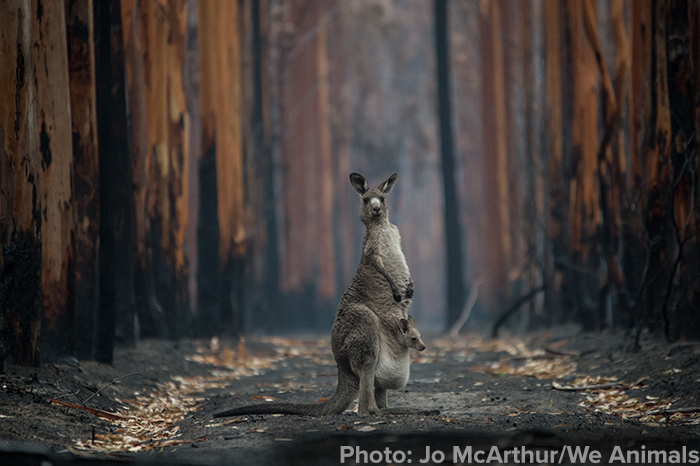 Every year, private landowners legally kill hundreds of thousands of native animals including wombats, sulphur crested cockatoos, lorikeets, galahs, little red flying foxes, kangaroos, wallaroos and brushtail possums. You can even kill a kookaburra — Australia's 'king of the jungle' — under permit schemes handed out by governments across Australia.

And it's easy to get a permit or as it's called in NSW, a 'licence to harm'. All you need to do is fill out a form indicating that one of these animals is a 'pest', is damaging land or property, is a threat to people or in the case of an ibis, is simply causing a 'nuisance'.

Caring people around the world are watching in horror as Australia's precious and unique wildlife is ravaged by fire. Wildlife carers and vets are working day and night to find and heal the survivors. It would be unconscionable for state governments to allow the killing of native animals to continue. 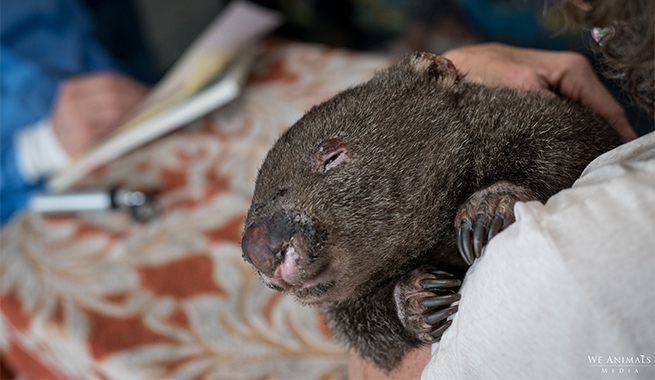 The next year is going to be critical in ensuring that we don't lose some species forever. More than ever, native animals should be protected, not rescued just to be put back in harm's way.

TAKE ACTION: Urge your state MP to support a moratorium on the killing of protected wildlife by suspending any further permits to kill native animals.

"Secret cull" cancelled as the South Australian Department for Environment and Water respond to national outcry that wombats should be protected, not killed.

Countless caring people the world over have donated their time and funds to helping Australia's unique and precious native wildlife through droughts and bushfires — only to learn that the South Australian Environment Dept. had green-lit plans to kill hundreds of hairy-nosed wombats after a farmer complained that 'his equipment [gets] broken when he runs over' them.

Sense and compassion have prevailed, and these wombats are now safe — with plans in the pipeline to create a sanctuary colony space for them to live in peace. Thank you to everyone who took the time to speak up for these wombats, this is your win!